Magento team recently released a new Community Edition version 1.9.0.0 and it’s most notable feature is the new responsive base theme.

Responsive design is not just a fancy option anymore. I can’t remember the last time a client didn’t require it as the most important feature and they are right. Every day we are reading about new studies that show how mobile users are taking over the internet. The fact is so popular even the birds know it (just ask Twitter :)). Up until now making Magento responsive was a hell of a task. Many frontend developers (including myself) ended up making some kind of a responsive base theme so they won’t have to do it from scratch every time, but there are a lot of those who didn’t. In any case projects became more expensive and clients were not happy.

Magento core team recognized this problem and decided to solve it in the new version of Community Edition by introducing a brand new responsive theme and the sample data that looks more like something we could expect from Magento 2. In fact this is kind of a beginning of transition to Magento 2 that will hopefully have a release candidate by March 2015.

The new theme is flat and simple making it much easier to work with. There are no background images and even better there are no background images in sample data (something they announced for Magento 2) which makes the theme much cleaner. Another transitional thing is an introduction of sass in an official version. We all know that it will be an integral part of Magento 2 but now we can experience it in an official release. I haven’t had time to play around with it yet so I can’t say how much of it is actually from Magento 2 or how well does it work but I might make another post about that once I do. All in all it’s nice to see things moving towards Magento 2 gradually.

What does this mean for clients?

If you are a shop owner starting a Magento project and you need to have a shop that will work on any device from desktops to smartphones you can expect to save a lot of time and money if you use Magento 1.9.0.0 Community Edition. You can also expect better quality of the responsive part because now there is an official responsive theme made by Magento core team. Of course, you can contact us if you have any questions about Magento or you need a high-quality Magento development partner to help you grow your business. 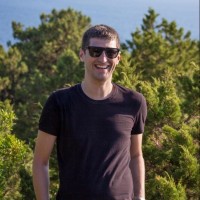 Srdjan is a Frontend Developer with a passion for pixel perfect design and great user interfaces. He also designed and developed this site and is dedicated to provide best and most useful articles about development in general.

See all articles from this author »

We have an experienced team of certified Magento developers ready to take any challenge.
Get in Touch

Just Because Magento shop
Australia based online gift selection and delivery service specifically designed for men (and ladies) who want to show how much they care and appreciate the women in their life by sending them a gift.
All our work

Lead IT Terminal Management System
Our own product for remote management of POS terminals.
All our products